Even Balch & Bingham’s closest political allies have had enough of the bull.

Balch & Bingham stooges in JeffCo who foolishly uploaded an incomplete certified record of appeal of the Newsome Conspiracy Case that was intentionally missing thousands of pages of Burt Newsome’s pleadings, defenses, and oral argument transcripts were given a stinging slap in the face by the Alabama Supreme Court.

Forty-eight hours after Newsome filed a Motion for Extension of Time due to the unprofessional and unsavory tactics, the Alabama Supreme Court issued an order stating:

IT IS ORDERED that the Motion is treated as a Motion to Stay Briefing Schedule and is GRANTED IN PART. The briefing schedule is hereby suspended for thirty (30) days….

The tactic by Balch stooges to try to screw over Newsome completely backfired. The Alabama Supreme Court upgraded Newsome’s extension of time to a complete stay.

We understand that the complete record has now been uploaded and Newsome has until the near end of this month to file his appeal.

But the real news from Montgomery is that Balch & Bingham appears to have hurt the firm with their dearest and closest allies by acting so carelessly, arrogantly and foolishly. 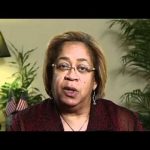 The shadow behind the incomplete record was Judge Carole Smitherman, a Balch stooge who had her hand in the corrupt cookie jar.

Smitherman now looks like Angie Dickinson getting slapped by President Ronald Reagan in the movie, “The Killers.”

Injustice hurts, but blatant stupidity by friends stings even worse.