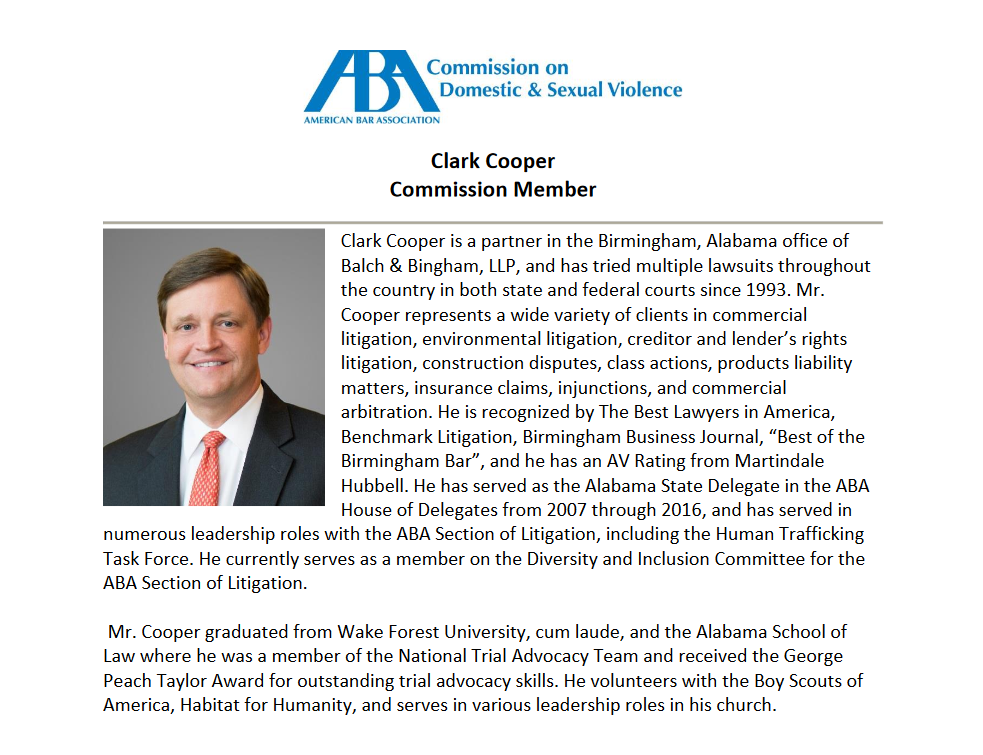 Clark A. Cooper, a partner of Balch & Bingham and member of the American Bar Association’s Commission on Domestic & Sexual Violence, was allegedly abruptly terminated on the morning of March 3, 2017 by Balch.

Cooper had distributed emails of Newsome’s mugshot only hours after Newsome was falsely arrested and booked–even sending one out on a Saturday afternoon.

Prior to the false arrest, Cooper had  been soliciting Newsome’s clients directly, an apparent violation of professional conduct.

On a side note, interestingly Cooper was sued in 2013 by the Alabama State Attorney General in his role as a board member of an Alabama educational scholarship trust for wrongly limiting students to only a small number of universities, including only 1 of the 12 historically black universities in Alabama. Cooper resigned from the board the day after the suit was filed.

Below are links to thorough affidavit of  Veronica Root, an Associate Professor of Law at the University of Notre Dame who reviewed the alleged breaches of professional conduct by Clark A. Cooper. The affidavit has been divided into six parts due to size. The alleged conduct is unbecoming of a prestigious law firm like Balch.