Southern Company Chairman and CEO Tom Fanning (and others) were allegedly under clandestine surveillance by Matrix operatives on behalf of Alabama Power executives, according to new court filing from “Jittery Jeff” Pitts in the ongoing Matrix Meltdown, a two-state, mudslinging legal battle. 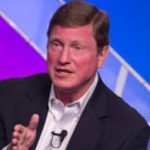 Records obtained by AL.com reveal that in May 2017 Matrix hired a Florida private investigator to gather information on associates of Tom Fanning, the CEO of The Southern Company, the nation’s second-largest utility, which owns Alabama Power. That investigator also surveilled Fanning near his home in Atlanta.

Last October we reported about the entangled succession allegations, writing:

And Alabama Power CEO and Chairman Mark A. Crosswhite is allegedly telling bourgeois insiders that he has the lock and key to the C-Suite at Southern Company, Alabama Power’s parent company.

Crosswhite is unfit to serve.

He worked as a top partner for alleged racist and embattled law firm Balch & Bingham before taking the revolving door to Alabama Power.

Instead of distancing himself from Balch, Crosswhite appears to be embracing his former employer, even allegedly subsidizing the firm with lucrative business as Balch is hemorrhaging from alleged unsavory and criminal scandals engulfing the 99 year-old firm.

Now unsubstantiated rumors say Alabama Power and unknown related entities have indemnified Balch and others for their alleged criminal, racist, and egregious misconduct.

Two months after our post, secret, multi-million dollar contracts with “Sloppy Joe” were exposed on the investigative news site DonaldWatkins.com.

Sources since late 2021 have consistently told us that there is an alleged federal investigation of obstruction of justice involving Crosswhite. We believe the obstruction may have occurred when Alabama Power was “unmentionable” during the North Birmingham Bribery Trial.

The probe was provoked allegedly due to the inappropriate photos of disgraced ex-U.S. Attorney Jay E. Town drinking cocktails with Crosswhite.

We have consistently stated, even with our harshest criticism, that we believe Tom Fanning is a man of inherent goodness. He may be a showman at times, but Fanning appears to give a damn more than others. He even called us, the CDLU, directly in November of 2017

Getting back to Pitts, we believe strongly now that he resigned after decades of service to “Sloppy Joe” Perkins because he saw alleged criminal misconduct. His mentor was letting him take over, but instead Pitts left, because, as his court pleading states, he saw “inappropriate and unethical business practices.”

Now Pitts could be planning to sing about “high crimes and misdemeanors” at his deposition with Perkins’ lawyers.

Are the Three Stooges (Alabama Power, Drummond, and Balch) vulnerable?

For now, all of this still smells like raw sewage, shaken or stirred.