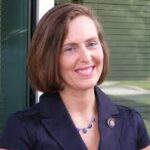 “Numerous public corruption scandals involving electric utilities across the country have resulted in federal public corruption criminal and civil probes, and it appears that such oversight is needed in Florida now,” the letter said.

Her letter comes on the heels of our direct contact with federal investigators about Matrix’s alleged criminal misconduct involving 18 tax-exempt entities and over $50 million in money laundering.

Although Florida Power & Light has terminated their contracts with entities and individuals tied to the Matrix Meltdown, Alabama Power  allegedly is STILL paying Matrix and Matrix founder “Sloppy Joe” Perkins  over $2 million a year without the need for invoicing.

Although news reporting has been focused primarily on Florida, reliable sources tell us there are numerous investigative efforts now looking at Alabama and the Three Stooges (Alabama Power, Drummond, and Balch).