[This post was originally published on July 22, 2019. Now that civil court proceedings in the Drummond case are moving forward tomorrow morning, questions remain to be answered. Drummond, like other former Balch clients, needs to demonstrate sensible independence from Balch. Tracy abruptly “retired” a year ago, but his alleged actions are still stunning.]

Drummond Company President Mike Tracy vowed unequivocally to back his friend, his co-worker David Roberson a year ago, releasing the following statement:

We are disappointed by the jury’s decision to convict our employee, David Roberson. While we respect the judicial process, we consider David to be a man of integrity who would not knowingly engage in wrongdoing. When an environmentalist group [GASP] raised allegations regarding our operations in the Birmingham area, Drummond responded by hiring one of Alabama’s most well-respected environmental law firms [Balch & Bingham]. As testimony in the trial showed, we were assured the firm’s community outreach efforts on our behalf were legal and proper.

In other words: Roberson is not guilty, and Balch & Bingham misled us. 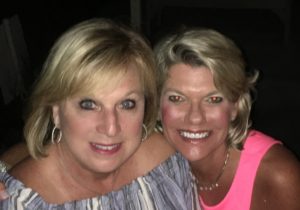 The Tracys and Robersons were friends as pictured above. Beyond Mike and Dave, Anna Roberson and Becky Tracy (pictured left) were close, too, going to the spa and enjoying time together pool side.

Tracy fired Roberson and 12 days after the betrayal, Tracy, in what appears to be an act of sheer pettiness, defunded Roberson’s charity of choice: a school that helps developmentally disabled children including those with autism. 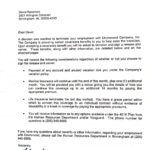 Roberson’s termination letter showed no support, no compassion, no friendliness. Mostly a form letter, Tracy coldly wrote at the beginning, “A decision was reached to terminate your employment with Drummond Company Inc.,” and then goes on to list generic benefits.

After being sued by Roberson in March, Drummond then foolishly joined Balch & Bingham in goose-step formation trying to push a Motion to Dismiss in the case using Balch’s argument based on law that had been stripped naked of a key phrase.

So why, after having numerous dinners as couples, sharing important moments together, building a friendship over the years, did Tracy toss his friend, his colleague, the “man of integrity” over the side of the bridge?

As discussed in part in trial testimony, the corrupt Alliance for Jobs and the Economy (AJE) funneled $360,000 to disgraced politician Oliver Robinson. The AstroTurf group was funded directly in part by Drummond and in part by Balch & Bingham, which would then go invoice Drummond.

In the five years that Roberson worked for Drummond, he never, ever reviewed or signed-off on any Alabama legal invoices. Ever.

Why then, did Blake Andrews, General Counsel of Drummond, allegedly have Roberson sign-off and approve all the legal invoices from Balch & Bingham seeking reimbursement for expenditures on the AJE project?

Mind you, Roberson is not a lawyer; he is a biologist.

Was David Roberson truly the “fall guy” for a network of corrupt nodding and winks?

We strongly believe Mike Tracy was given further bad advice. Tracy’s disloyalty to Roberson and new found love of Balch & Bingham may have put Drummond at risk.

We believe Drummond needs to remain fiercely independent and loyal to its employees. Instead of furthering their joy ride with Balch & Bingham, Mike Tracy should bring these matters to a close, privately.

Mike Tracy should have the courage to call his old friend Dave as the man faces three and a half years in federal prison. Or have Becky call Anna who is selling the family home, facing bankruptcy, and going through an emotional roller-coaster.

If not, the insidious public whispers will say, “With friends like this, who needs enemies?”