Garry Drummond is flip-flopping and twirling in his grave.

After firing their loyal Vice President of Government Affairs, David Roberson, on February 7, 2019,  sheer vindictiveness and pettiness appear to have driven Drummond Company to allegedly dump their support of Dave Roberson’s charity of choice: Spring Valley School, a school that caters to developmentally disabled, special needs, and autistic children.

Unsolicited, Mike Tracy, the CEO of Drummond Company dispatched a letter on February 19, 2019 alleging that a Contribution Committee had met and that the $5,000 annual support had been denied. 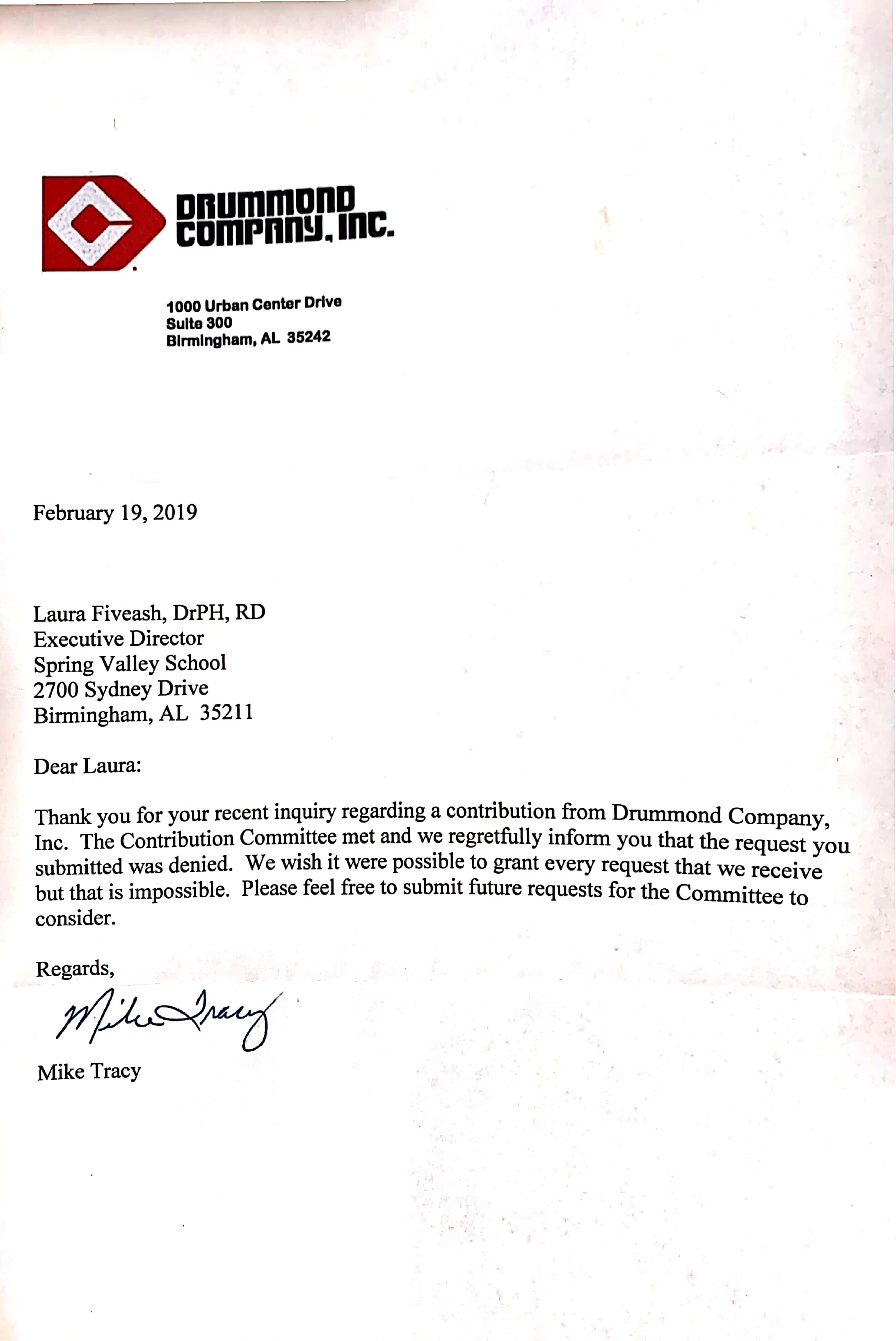 In his letter, Tracy thanks the school for their “recent inquiry;” yet, according to sources, no one at the school had inquired about anything.

Roberson’s son is autistic and had attended Spring Valley School.

For years, Drummond Company supported the school under Roberson’s request.

Tracy’s letter exemplifies a CEO  who appears to be making unsound and foolish decisions based on pettiness.

When Roberson was convicted on all six-federal criminal counts last summer, Drummond vowed to support Roberson and called him a “man of integrity.”

In February, Drummond reversed course, fired the man and his charity of choice.

What in the hell are Tracy and Drummond doing? What will federal authorities and regulators find?