Why would the Alabama Supreme Court direct a trial court to enter a counterfeit order if not asked to do so in court proceedings?

Bo-hica was a nickname given to an unfortunate college student who thought it was the name of a powerful Hawaiian king.

Bo-hica can be applied to all the Balch & Bingham political allies, friends in legal circles, and judges throughout Alabama who allegedly have been asked to do favors on behalf of the embattled law firm.

When the Alabama Supreme Court ordered Shelby County Judge Sonny Conwill to enter the counterfeit, fabricated, 100% bogus order affiliated with the Newsome Conspiracy Case, the highest court of Alabama was violating their own precedent. 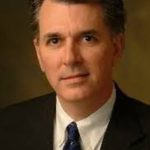 I cannot concur in the Court’s order to the extent it directs the Shelby Circuit Court (“the trial court”) to enter its June 8, 2016, order into the State Judicial Information System (“the SJIS”).

Why would the Alabama Supreme Court direct a trial court to enter a counterfeit order if not asked to do so in court proceedings?

Did someone at Balch & Bingham ask for the favor in an ex-parte communication with their friends on the Alabama Supreme Court and their friends complied?

The counterfeit order, according to Newsome’s appellate brief, appears to be based on the creative ghost-writing and falsehoods of legal representatives of the alleged co-conspirators, attorneys Robert M. Ronnlund and Jim Hill.

Jason Blair and Stephen Glass would be proud of this piece of make-believe fiction.

And now people are seriously asking, did Conwill even sign the counterfeit order to begin with?

There is no Hawaiian king named Bo-hica. Bo-hica is an acronym for Bend Over. Here It Comes Again!