Millions given to a political action committee is not unusual but when 97 percent comes from one source, that becomes a problem.

Alabama Power has another headache, another problem.

The Energy and Policy Institute has published an insightful piece on the funneling and stacking of Alabama Power campaign contributions. The investigative report, we are told, is burning up the internet on the eve of the election primary in Alabama.

Alabama Power has contributed 97% of the $3.9 million raised for a political action committee (PAC) since the PAC’s inception in late 2019, according to records maintained by the Alabama Secretary of State. Alabama Power contributed $1 million or more to the PAC each year in 2020, 2021, and 2022.

The PAC, called LION PAC, has, according to records, spent almost none of its money so far; of the $3.9 million, LION PAC has spent just $15,994.04, with 78% of that expenditure having been spent on one political vendor: Pash Communications, now known as SR Communications, which supports candidates by providing marketing and communications campaign services. LION PAC’s other expenditures appear to have been on minimal copying, accounting, mail, and registration fees.

But EPI’s reporting caused panic and the powers-that-be foolishly shut down a website linking the operatives to Alabama Power.

LION PAC did not spend money beyond accounting and mailing costs until January 10, 2022, when it paid Pash/SR Communications $12,500 for “Consultants/Polling” according to its filings with the Alabama Secretary of State.

Only three candidates for office have paid Pash or SR Communications in 2022: Supreme Court Justice Mary Windom, who dropped her election bid in May 2021, Lieutenant Governor Will Ainsworth, who is running unopposed and whose Republican primary election was canceled after no candidate declared by the deadline of January 28, 2022, and Public Service Commissioner Jeremy Oden.

Oden’s campaign fund has paid Pash and SR Communications $6,500, according to campaign finance disclosures; SR Communications’ public Vimeo page shows a 30-second video and a 1-minute radio ad the company appears to have produced for Oden. 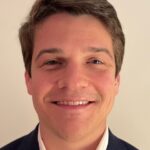 Pash Communications was created by Paul Shashy, the former campaign manager to U.S. Senator Tommy Tuberville. The name of the firm changed to SR Communications when Sean Ross, former editor of the online blog Yellowhammer News, joined Shashy as 40% owner in October 2021, according to filings with the Alabama Secretary of State.

Pash Communications’ had an active website that was distinct from SR Communications’ site, and it displayed both Oden and Alabama Power as clients, however the website was taken down shortly after EPI asked Paul Shashy for comment.

And why would Shashy (pictured above) hit the disconnect button? What so embarrassed him?

Obviously, Alabama Power appears to have Oden in the palm of their hand and an almost $4 million war chest ready to go.

Mark A. Crosswhite, the Chairman and CEO of Alabama Power and former Balch partner, is allegedly under federal scrutiny for obstruction of justice, according to sources.

Interestingly, Alabama Power did not utilize Balch & Bingham or individuals formerly tied to the embattled law firm when they set up LION PAC in 2019. Balch appears to have become a political liability.