In a follow-up letter to the U.S. Department of Justice to supplement our original request of a probe of U.S. Attorney Jay E. Town, we summarized the ugly truth:

In our almost two decades of advocacy work, we have never, ever seen such an extreme miscarriage of justice as we have seen done against Burt Newsome, a father of four children, who allegedly was wrongly targeted, falsely arrested, and defamed by Balch & Bingham.

Jay E. Town should have let the FBI probe the trampling of the civil liberties and due process of an innocent man; instead Town appears to have looked the other way for the sake of his friends: the sister-wives of Alabama, Balch & Bingham and Alabama Power.

We provided the Office of Professional Responsibility with details of the Newsome Conspiracy Case, including allegations of possible criminal obstruction of justice and the alleged abuse under the color of law by a cop-son of a retired Alabama Power executive who was involved in Newsome’s “staged arrest.”

Town’s true downfall was allegedly blocking the investigations of the Newsome Conspiracy Case at least four times. We provided documentation and the following narrative:

The Newsome Conspiracy Case was brought to the FBI’s attention (Birmingham) in the late fall of 2017 after phone records linked all the alleged co-conspirators.  The agents involved declared, with allegations of criminal obstruction of justice and tampering of evidence, that this clearly appeared to be “a criminal conspiracy.” Months later, we were told the investigation was blocked by the U.S. Attorney’s Office.

When we presented to the FBI (Birmingham) evidence of alleged bribes to the husband of the presiding judge in the Newsome Conspiracy Case in early 2018, we were told the Public Corruption Unit would look into the matter. Again, a few months later we were told the U.S. Attorney’s Office had blocked the investigation a second time allegedly because of the sensitivity of investigating a sitting judge.

When we discovered in the late fall of 2018 that the law enforcement officer who pulled over and arrested Burt Newsome in the alleged “staged arrest” was the cop-son of a retired but long-time Alabama Power executive and Balch & Bingham client, we provided the allegations of the abuse under the color of law to the FBI (Birmingham). The investigation was blocked a third time, we learned in April of 2019. The agent told us that “their hands were tied behind their backs” because of the U.S. Attorney’s Office.

Frustrated, we reached out to the Public Integrity Section of the FBI in Washington, D.C. whose senior investigator forwarded our concerns…. In June of 2019, we were told to work with the FBI in Montgomery. We met with the FBI (Montgomery) and provided details. Unfortunately, the agent contacted Birmingham and the investigation was blocked a fourth time.

Finally in our request for a probe of Town, we outlined Balch & Bingham’s Tour de Force: the half-baked deposition of an alleged actor posing as a Verizon employee that was used to dismiss the cell phone connecting all the alleged co-conspirators in the Newsome matter.

We, the CDLU, have questioned the legitimacy of the deposition.  Was it a real or staged event? Highly unusual, the deposition with Verizon did not take place at their large corporate campus.

Instead, this deposition supposedly took place at a Regus Center (a rent by the hour office space facility) in Bedminster, New Jersey less than 10 miles from Verizon’s Corporate Headquarters located in Basking Ridge, New Jersey.

And who worked for McElroy, Deutsch, Mulvaney & Carpenter before his career as a prosecutor? Jay E. Town.

Town was nominated as U.S. Attorney in June of 2017 and was confirmed and sworn in that August.

Pulling in all their weight to crush Newsome, we suspect Balch (and/or their sister-wife Alabama Power) appears to have reached out to Town for his assistance that July, a tour de force.

As seen in the North Birmingham Bribery Scandal, Balch & Bingham was able to collect high-profile signatures on ghost-written letters; concoct and pass legislative resolutions; infiltrate and stymie opponents; and use a network of political allies to breach the public good. 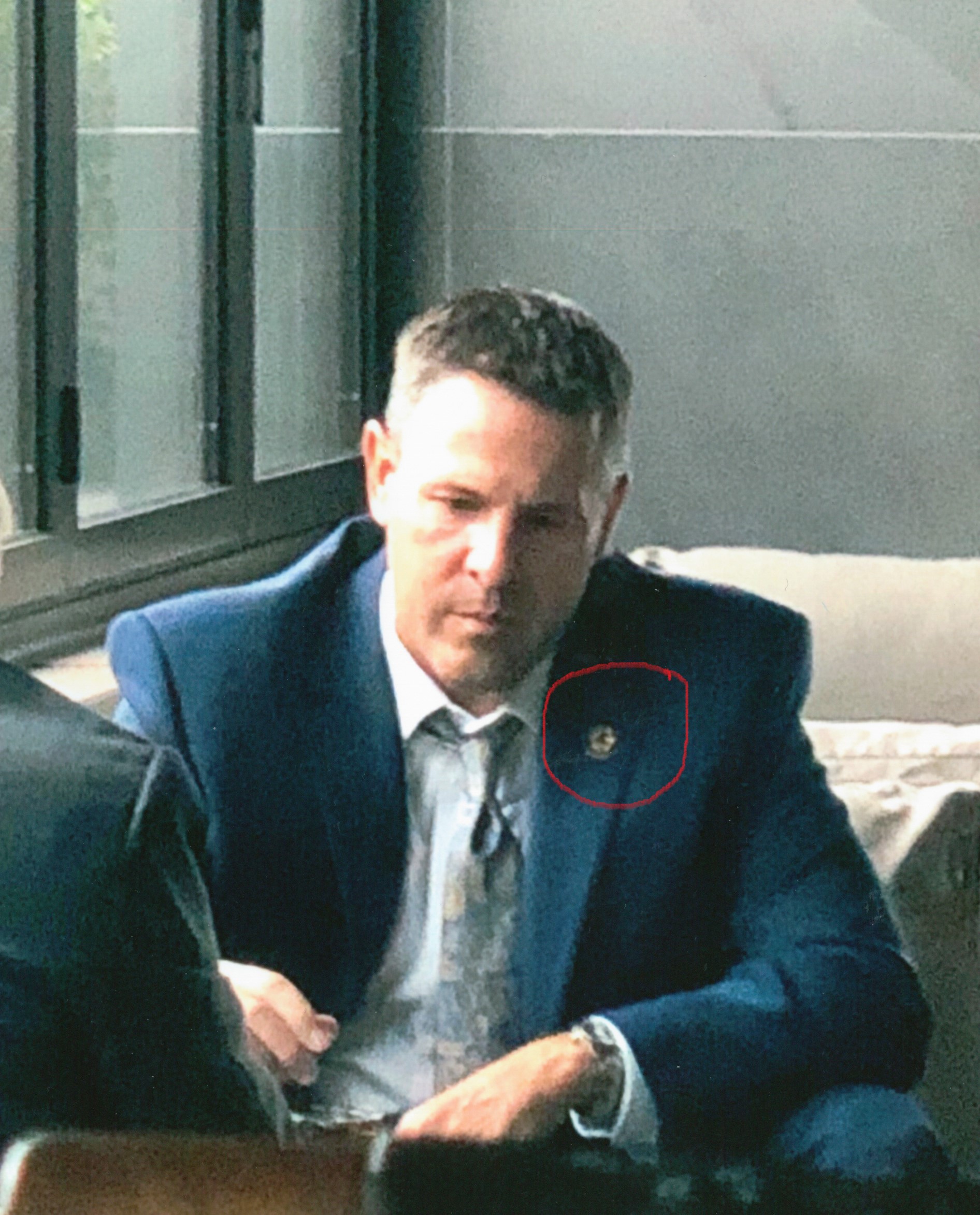 In 2017, Mr. Cole not only was a registered lobbyist for Alabama Power, but also for Madison County, where Town had worked as a prosecutor before his confirmation.