We present another satirical cartoon.

Drummond Company CEO Mike Tracy is depicted backstabbing his former colleague and friend David Roberson six months after the company vowed to support him and calling Roberson  “a man of integrity.”

Although we, the CDLU,  have no bones to pick with Drummond or Mike Tracy, we think their goose-step formation with Balch & Bingham only hurts the company.

Drummond will forever be associated with the criminal conduct of former Balch & Bingham partner Joel I. Gilbert unless they make a break, a public break from the embattled law firm.

As we reported earlier this year, 17 of 18 major DC lobbying clients broke ties with Balch.

Will Drummond make the intelligent choice or be the major actor of the human comedy (or tragedy) known as Balch, Bingham, and Bribery?

And will Roberson sing like a canary to get no prison time? 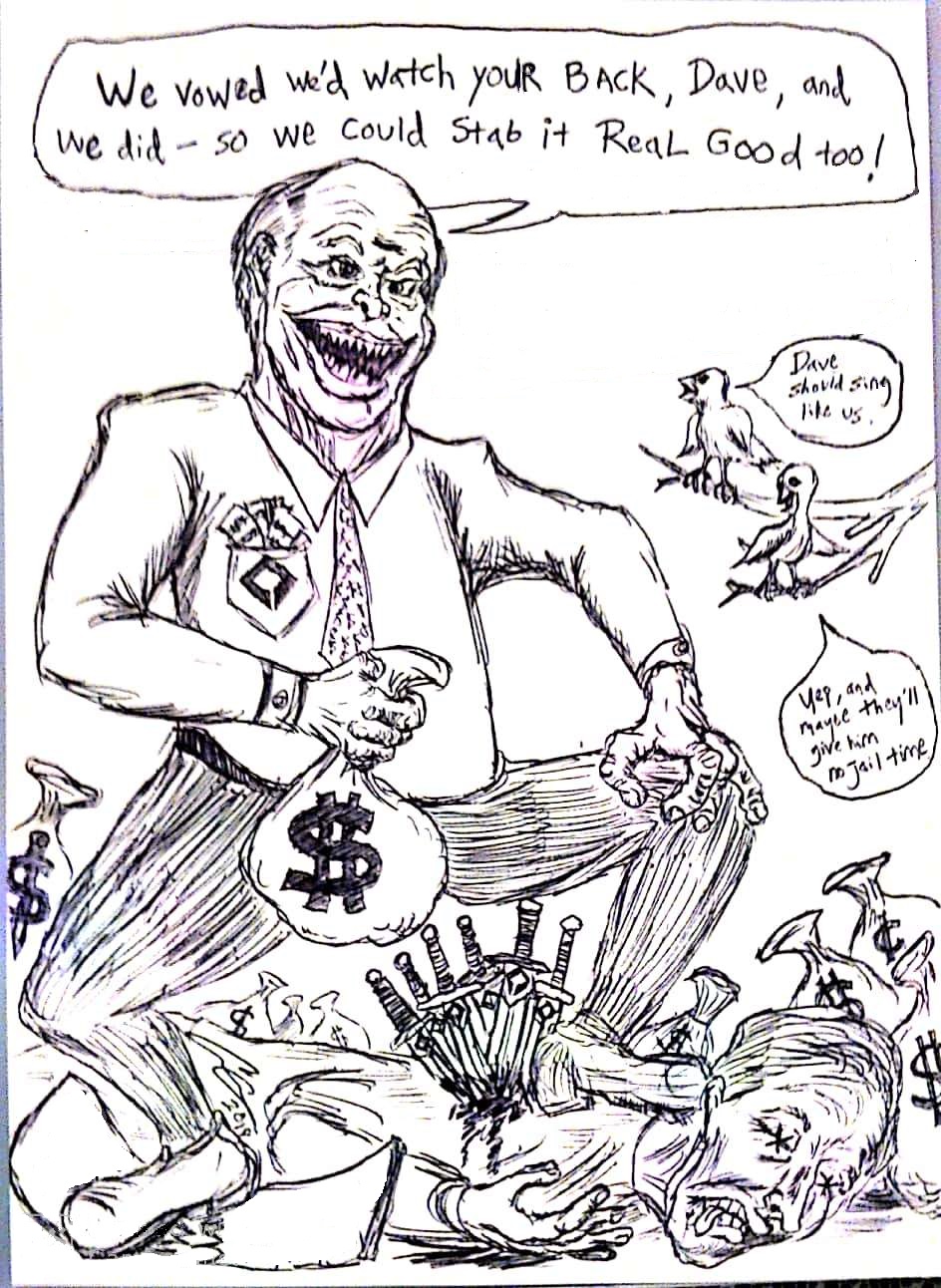