Although we believe that the conduct by Trey Glenn and Scott Phillips in the North Birmingham Bribery Scandal was reprehensible, we smell “selective and vindictive” prosecution of the Balch stooges.

As the attorneys for Trey Glenn wrote in a filing on Monday:

By failing to follow the Legislature’s clear directives in the Ethics Act, the [Ethics Commission] Staff acted without legal authority, and no source of legal authority inside or outside of the Act can cure that deficiency.

The Ethics Act contains statutory safeguards for a reason: to ensure that criminal prosecutions against individuals accused of violating it are the product of thorough and principled investigations which produce indictments only after the accused has been afforded the due process protections set out in the Act.

Regardless of what we may think of the two men, the rule of law in Alabama appears to have been replaced by a pay-to-play system.

The Alabama Ethics Commission is also a laughing-stock in this system of checks and more checks (as in campaign contributions).

As Josh Moon of the Alabama Reporter opined in December:

Alabama does not have an ethics commission. A real ethics commission holds politicians accountable. It punishes them appropriately when they break the ethics laws that govern them. And they never bend or mold rulings based on political pressure or influence. Alabama doesn’t have that. It has the opposite of that. It has a group of people whose job seems to be figuring out ways for the powerful and corrupt to avoid jail time and fines when they violate our laws, and to hand out free passes to their pals, and to consistently bend to the will to special interests, lobbyists and big businesses when they say to jump.

We, the CDLU, have seen the “selective and vindictive” judicial system hard at work in the Newsome Conspiracy Case. 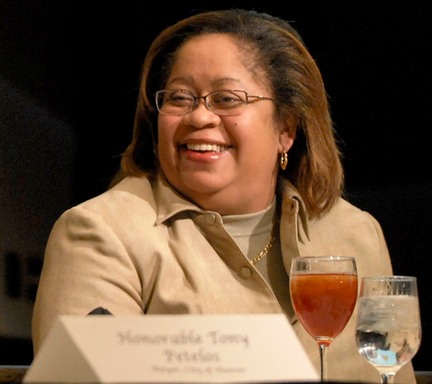 Balch stooge Judge Carole Smitherman created a secretive and unconstitutional Star Chamber; vindictively retaliated against Newsome by signing off on 44 retaliatory orders the day after he appealed her decision NOT to recuse herself; foolishly approved $192,000 in redacted, unknown, illegible attorney fees against Newsome; and most abhorrently, Smitherman and her husband accepted over $30,000 in campaign cash from Balch-linked entities or individuals as she allegedly continued the miscarriage of justice against Newsome.

What irony that the Balch stooges are having a taste of this broken system, screaming for due process, while their former employer Balch & Bingham fights to the death over the Newsome case that exemplifies the worst of a selective and vindictive legal system.

With a new superseding grand jury indictment also announced on Monday, the Alabama Ethics Commission, which is prosecuting the case against Phillips and Glenn, demonstrated weakness in their original indictment.

Similarly, Balch & Bingham, which could have settled the Newsome Conspiracy Case for $150,000 years ago, demonstrated weakness as their futile fight has now cost them millions of dollars.