At the start of this criminal trial, U.S. Attorney General Jeff Sessions and U.S. Senator Richard Shelby were touted as witnesses for the defense.

Both gave it a pass.

Even State Senator Rodger Smitherman, a key figure in the Newsome Conspiracy Case, was listed as a defense witness. But after the bombshell report of him sitting in on sealed Star Chamber hearings, looks like he, too, gave it a pass.

Politicians are distancing themselves and the undercurrent of displeasure at Balch appears to be growing.

These last four weeks, we saw more traffic on our site than we do in six months. On some days, our traffic is 15 times the usual.

The public, other lawyers, and politicians are indeed interested in Balch & Bingham.

Regardless of what happens to indicted partner Joel I. Gilbert (convicted, acquitted or hung jury), the stigma of the bribery scandal will remain because Oliver Robinson will be sentenced to prison.

We remind our readers of the law firm Haskell, Slaughter, Young & Rediker which was never charged or convicted in any crimes but was always associated to the bankruptcy of Jefferson County and the issuance of municipal bonds.

The stigma never left and Haskell Slaughter died—2014, the death of a law firm.

The Oliver Robinson Bribery Case is not the end. The case is a beginning of turning the tide against corruption, bullying, and unscrupulous behavior.

Next up at bat? The Newsome Conspiracy Case. (Click here to see the following image in PDF.) 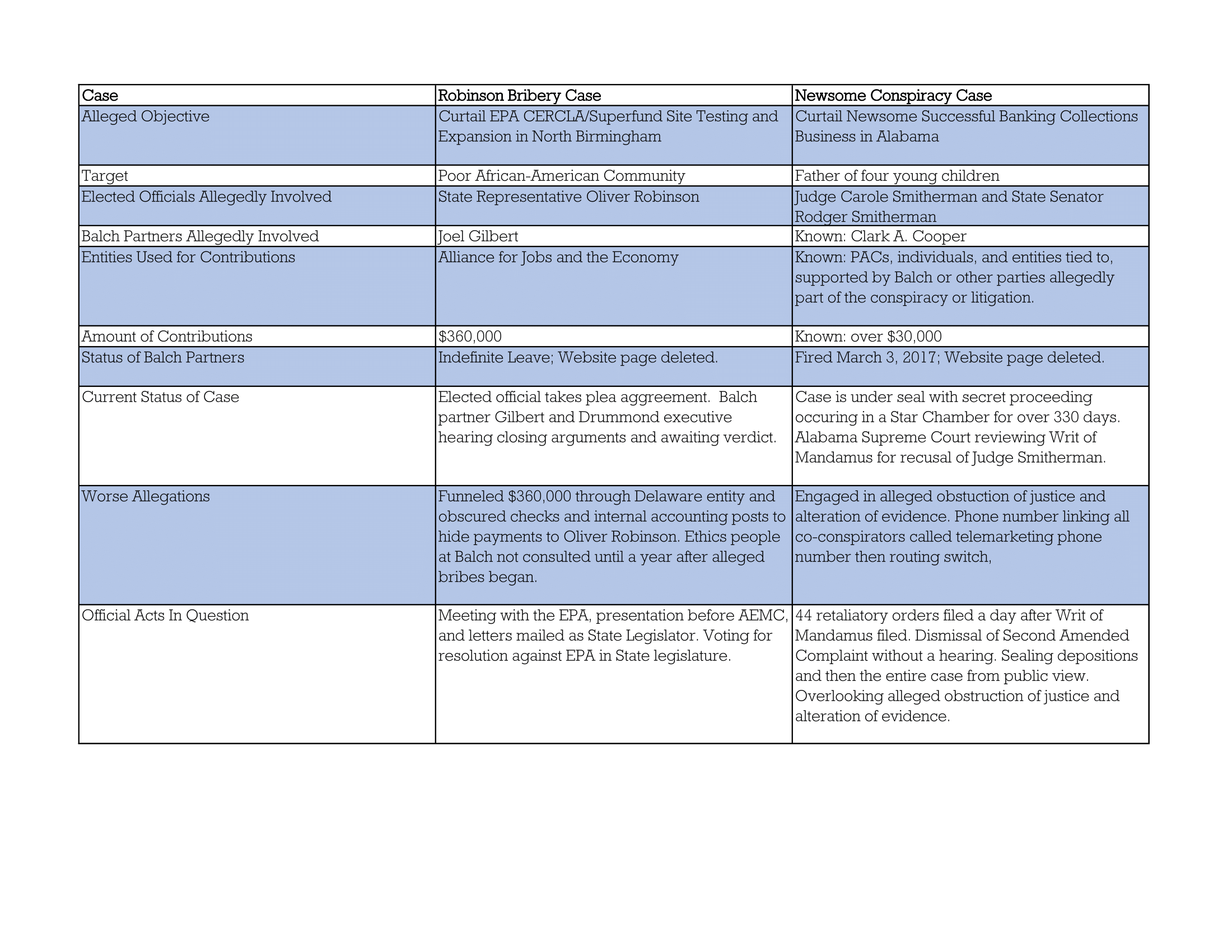