The pleasure was momentary, but the price was abominable.

In a lengthy and insightful article about electoral redistricting in the state of Alabama, the AL.com headline screamed, “‘Don’t take us back to Jim Crow’: Redistricting sparks passion, racial tensions in Alabama cities.” 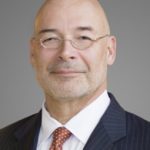 “In Auburn, they are trying to compact all of the African Americans into one district where they could have had two districts that are predominately African American,” said Bernard Simelton, president of the Alabama NAACP.

Auburn city officials said they did not receive enough analysis to back the idea of the city having two majority-minority districts.

Critics say the advisors Auburn utilized to determine its map analysis were questionable.The efforts in Auburn were led by Balch and Bingham attorney, Dorman Walker, who defended Alabama’s congressional map in federal court.

Decades ago, racists would burn crosses to terrorize and intimidate minorities. Today, alleged racists use redistricting to intimidate and, “dilute and divide” minority voters.

For a law firm in which only 2 percent of their partners are people of color, where a criminal bribery scandal that targeted poor African-American children was born, and where only 11 people of color are attorneys or part of management (exactly one per office), the meritless public relations award is indeed the figment of a spin doctor’s imagination.

Frankly and vulgarly, BBJ gave Balch a BJ. The pleasure was momentary, but the price was abominable.

BBJ Publisher Joel Welker and Editor-in-Chief Stephanie Rebman join the list of Balch stooges who appear to sell their souls or amputate their brains for 30 pieces of silver or less.

More than a swollen black eye, BBJ (like Balch) has burned their reputation.

Stan Blanton, who has refused to apologize to the African-American community in North Birmingham for the criminal misconduct of ex-Balch partner Joel I. Gilbert, is probably relishing in this worthless and make-believe “honor.”

But the public isn’t buying the fabricated, pat-me-on-the-back bullshit.

The tweet announcing Blanton as a honoree received only one anonymous like and no shares or retweets.