Embattled and alleged racist law firm Balch and Bingham has hit a land mine in Auburn.

The optics were horrific: two white men denouncing the work of the NAACP, the historic African American Civil Rights organization.

Balch’s Darmon Walker brought on a professor to help denounce the map provided by the National Association for the Advancement of Colored People as allegedly invalid.

As The Auburn Plainsman summarized:

[Balch & Bingham’s] Walker praised the City’s efforts and called it’s plan “exemplary” while claiming the NAACP map does not meet the legal standards and redistricts based on minority groups.

The delay followed a report from Balch and Bingham attorney [Dorman] Walker, who attended Tuesday’s council, to determine whether the alternate proposal from Lee County NAACP Branch 5038 was compliant with the Voting Rights Act of 1965.

The Lee County NAACP submitted their map to the City of Auburn on Dec. 21 ahead of when the council was initially prepared to vote on its own map. The NAACP’s proposal includes two majority-minority wards as opposed to the singular majority-minority Ward 1 among the city’s current districts present and in its planned map. 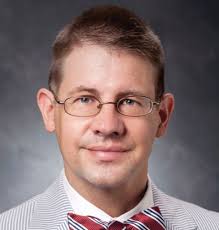 Walker was joined by Trey Hood (pictured left), a professor at the University of Georgia’s Department of Political Science. The two put the NAACP’s map up against three conditions, or prongs, of the Gingles Test….

“I was unable to find any evidence, statistically speaking, to sustain any of the three Gingles prongs, and you need all three of them to sustain a vote dilution claim,” Hood told council members…

As the old saying goes, there are “lies, damned lies, and statistics. ”

The NAACP swiftly responded to the egregious attack. The Opelika-Auburn News wrote:

[The NAACP] contended during a public hearing that their map was a valid submission and compliant with the Voting Rights Act. “Our map is legal – the districts are evenly sized, it does not hurt minorities (and) it does not dilute the ability of minorities to elect representatives of their choosing,” [Tabitha] Isner said. “I find it very bizarre that it’s being presented as if it’s not a legal map.”

Isner asserted the Gingles Test is intended for courts if a redistricted map is believed to be invalid after adoption by a municipality. She said council members should instead base their process on having equally sized wards above other factors. 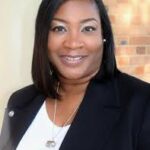 “I can’t help but think our map, the NAACP map, is being discredited,” Foster said.

Balch’s Walker was grilled about his association with the late Thomas Hofeller a redistricting consultant and alleged racist who allegedly “divided and diluted” the African American vote for decades according to various news reports.

Walker responded that his correspondence with Hofeller was brief and didn’t include any discussion on the views that were revealed after the strategist’s death in 2018.

“After he died, his daughter … got copies of computer files that portrayed some fairly egregious positions with regard to how redistricting could be used to steal votes from Democrats and from minority voters, and perhaps some racist views,” Walker told the council. “I don’t believe those are the appropriate things to do. I think distribution should be done in a way that makes our democracy function, and I certainly think we have to be very vigilant in the protection of minority voting rights.” 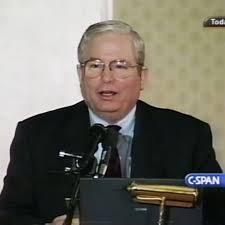 Thomas Hofeller (pictured left), who drew maps for Republicans in North Carolina and Pennsylvania, corresponded with then-Rep. Jim McClendon, R-Springville, who helped oversee Alabama’s redistricting process, and Dorman Walker, a Balch and Bingham attorney who defended the state plan in court, as the redistricting process in Alabama began in 2011.

McClendon declined to answer follow-up questions about how the maps were drawn. Walker had no comment …. Hofeller died in 2018.

From “no comment” to “perhaps,” Balch’s Walker appears to have misled the Auburn City Council.

To reiterate, in 2011, Balch’s Walker defended the state’s redistricting plan that was later tossed out by the federal court because the state improperly used race.

While the Auburn City Council is deliberating redistricting, the one decision they can make is to terminate Balch & Bingham immediately.

Balch consultants appears to be dividing the Auburn community by foolishly slamming and denouncing the honest work of the NAACP.

Last night in Auburn, Balch’s sheer stupidity made it feel like it.