Southern tradition is not always the best thing and being an alleged racist law firm tied to the segregationist legacy of Alabama Governor George Wallace doesn’t help.

Now, today, the chickens are coming home to roost and Balch & Bingham is starting the year seeing the public has had enough of this alleged racist and unsavory law firm.

Redistricting is putting Balch under a heated spotlight.

Multiple Auburn residents voiced their worries at Tuesday’s City Council about … the redistricting consultant on retainer by the city attorney…. The comments came as council members voted unanimously to postpone both the public hearing and the vote on redistricting to their Jan. 18 meeting.

Auburn City Attorney Rick Davidson brought on Balch and Bingham attorney Dorman Walker (pictured left) to act as a consultant for Auburn’s redistricting, but Walker’s past correspondence with the late Thomas Hofeller was raised at the council meeting. Hofeller was a political strategist who gained notoriety in the 1970s and 1980s by gerrymandering to allegedly reduce Black voter power….

In 2019, the Montgomery Advertiser reported:

Thomas Hofeller, who drew maps for Republicans in North Carolina and Pennsylvania, corresponded with then-Rep. Jim McClendon, R-Springville, who helped oversee Alabama’s redistricting process, and Dorman Walker, a Balch and Bingham attorney who defended the state plan in court, as the redistricting process in Alabama began in 2011.

McClendon declined to answer follow-up questions about how the maps were drawn. Walker had no comment on Tuesday. Hofeller died in 2018.

Tonight, the Auburn City Council will revisit the matter.

However current redistricting plans at the state level show that Balch appears to be involved deeply in the Southern tradition of allegedly “diluting and dividing” the African-American vote.

Alabama Senate Minority Leader Bobby Singleton, a leading African-American politico, has sued in federal court, one of two lawsuits before a three-member federal panel, after the state (with the alleged help of Balch & Bingham) created a single majority-minority congressional district of Black voters during the current redistricting plan.

The Montgomery Advertiser reported on January 4:

The lawsuits focus on the 7th congressional district, encompassing Birmingham and most of the western Black Belt, which has been majority-minority since 1992. The lawsuit argues makes it next to impossible for Black voters outside the 7th to meaningfully participate in elections, and splits counties without reason.

But Balch defended the single district on behalf of the state:

Dorman Walker, an attorney with Balch & Bingham representing the state, suggested the plan could mean no Black members of Alabama’s congressional delegation.

“We all know there are always political upsets,” Walker asked Singleton. “Are you confident under plan you are proposing, which has no majority Black districts, that Black congresspeople will be elected from Alabama to the Congress?”

Singleton said he was “confident” Black nominees could win those districts, based on voting trends.

Speaking of political upsets, the City of Vincent united in 2020 and tossed out all the elected officials tied to Balch & Bingham and the alleged abhorrent “whites-only” land grab to build a rock quarry. Vincent, 79 percent white and 20 percent African-American, united together and whooped Balch stooges out of office, a resounding defeat. 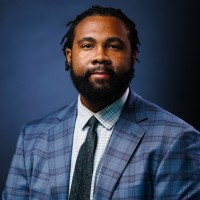 The panel also heard testimony in Milligan v. Merrill, a separate lawsuit that seeks to create two majority-minority districts in the state. Evan Milligan, executive of Alabama Forward (pictured right) and the named plaintiff in the lawsuit, said during testimony Tuesday afternoon that Black communities in southwest Alabama shared common culture and concerns, and that a second majority-minority district would be empowering.

[Balch’s] Walker, cross-examining Milligan, questioned the definitions of communities, saying Black and white residents of Montgomery and Mobile both shared activities that someone living outside those areas might not. Milligan said the racial experiences of Black Alabamians was unique and shared by Black Alabamians throughout the state.

A Balch legacy partner, a white man, questioning the definitions of communities, black communities before a three-judge panel. What foolishness!

Has Balch truly lost their mind?

One of the shared activities that Black and white residents have united on, in Montgomery and Mobile, Vincent, and across Alabama, is rejecting Balch & Bingham, an alleged racist, unscrupulous and unsavory law firm where 2 percent of their partners are people of color.

Auburn must terminate Balch and start from scratch.