Last night on the local Atlanta ABC-affiliate, a bombshell news report came out showing that a celebrity couple had been allegedly targeted by rogue Georgia tax revenue agents, stating that the agents thought they were “untouchable.”

And who is fighting and exposing these alleged rogue and dishonorable agents? Balch & Bingham partner Christopher Anulewicz.

In November of 2017, we wrote about two honorable and respected Balch & Bingham partners who were fighting corruption in Georgia, Anulewicz and Mike Bowers, both based in Atlanta.

We asked at the time, “Will the Good Guys Bail on Balch?”

Instead of defending the indefensible and constantly protecting the questionable actions…Balch should be conducting a top-to-bottom review, throwing the bad apples out with the trash, and publicly settling and apologizing for their alleged egregious behavior, be it in North Birmingham, Mississippi, or the Newsome Conspiracy Case. If not, the birth of Anulewicz & Bowers, LLP will become a harsh and unpleasant reality.

A West Point graduate, Mike Bowers, a former Attorney General for Georgia, as we predicted,  dumped Balch and left the embattled firm. Bowers is now with Johnson Marlowe, a respected boutique law firm.

Christopher Anulewicz  has made headlines in recent days for his tipping off the Office of the Inspector General in Georgia about abuses and falsified information at the Office of Special Investigations, part of Georgia’s Department of Revenue.

A Georgia agency kept millions of dollars in seized funds, spending some of it on Fitbit devices, fitness equipment and vehicles, according to a recent Office of the Inspector General (OIG) report.

The OIG report revealed the former head of the Office of Special Investigations (OSI), a division of the Georgia Department of Revenue (GDOR), held on to more than $5.3 million that was supposed to be returned to the state treasury.

Former OSI Director Joshua Waites spent hundreds of thousands of dollars seized from tax investigations on items that were “questionable and would likely be deemed wasteful and unnecessary,” the OIG said.

“OIG’s investigation revealed an office culture at the highest levels of leadership within OSI that disregarded any semblance of their professional responsibilities,” State Inspector General Scott McAfee said in a statement.

The OIG conducted an investigation into Waites after receiving a tip in January 2020 from an attorney for reality-star couple Todd and Julie Chrisley.  Chris Anulewicz, a partner at Balch and Bingham LLP, told the agency to look into Waites’ background after a public records request revealed Waites falsified information on his employment application. Anulewicz was working on a lawsuit against Waites.

One Atlanta attorney is focused on OSI’s intense interest in Todd and Julie Chrisley. “They had specifically targeted the Chrisleys because of their celebrity,” Chris Anulewicz told [the local ABC affiliate reporter]..

“I think the cowboy culture is that the Office of Special Investigations at the Department of Revenue started to believe they were untouchable,” said Anulewicz.

Balch & Bingham looks like they believe that they, too, are untouchable, while their sister-wife Alabama Power was “unmentionable” during the North Birmingham Bribery Trial. 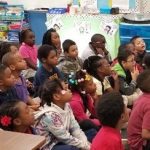 She wrote recently, “Consumers absolutely need to be protected from predatory business practice in all industries.”

Does that include protection from embattled law firms?

An alleged racist law firm, Balch & Bingham allegedly tried to dilute and divide the African-American vote, was involved in the alleged “whites-only” land grab in Vincent, Alabama, and was the birthplace of the North Birmingham Bribery Scheme that suppressed African-Americans from having their toxic property tested by the EPA.

We, the CDLU, have always said that there are many honorable and respected partners at Balch & Bingham, like Anulewicz.

The “cowboy culture” from Birmingham must finally be held accountable.