“Lord have mercy!” declared one of the residents in North Birmingham when we told her the news.

On Monday, our sources at Balch & Bingham gave us a heads up that Balch & Bingham had re-hired Irving Jones, Jr. the attorney who helped ghost-write letters for convicted felon and Balch-made millionaire Joel I. Gilbert.

We wrote about his court testimony as reported by Pulitzer prize-winning journalist John Archibald:

Jones was working for Christian & Small during the trial.

Did Jones believe the residents of North Birmingham would forget his “I was just following orders” conduct?

Jones’ page at Christian & Small is no longer active, and his LinkedIn profile shows his jump back to Balch (see screenshot below) confirming his re-hiring.

Balch’s re-hiring of Jones affirms what so many have suggested in private: Balch doesn’t give a damn.

Balch appears not to give a damn about Gilbert’s criminal misconduct, the horrific targeting of poor black children in North Birmingham, or the consequences of suppressing an area that is 92.5 percent African-American from having their toxic and contaminated property tested by the EPA. 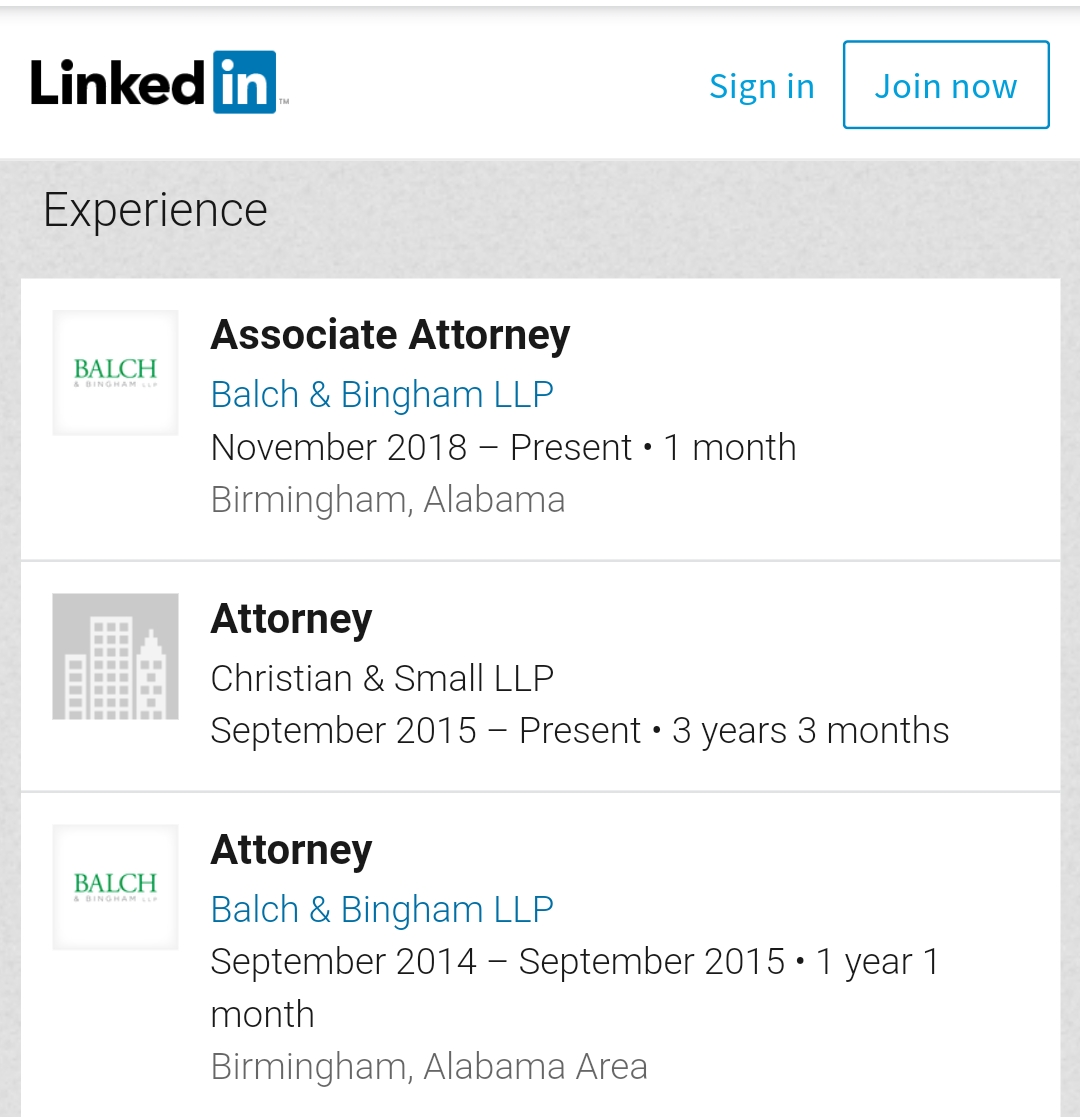