Today, besides the removal of two jurors with alternates, the criminal trial focused on the mundane but detailed review of how the letters of ghost-writer extraordinaire and Balch defendant Joel Gilbert made it to the top echelon of power: then-Governor Robert Bentley, who later resigned in disgrace, and then-Attorney General Luther Strange, one of Balch’s biggest stooges.

A stooge? Yes, absolutely. As Kyle Whitmire of AL.com tweeted:

Tambling says he did not have the knowledge to write a letter to the EPA regarding the Superfund site. He had never done anything like that before. Tambling says he received a draft letter from Joel Gilbert at Balch.

Also on the stand was Lanier Brown, the Chairman of the Alabama Environmental Management Commission. Brown crumbled on the stand and reports suggested that he looked like he was confused by repeatedly saying he couldn’t remember.

Brown said he remembers getting talking points from a variety of sources when GASP group was scheduled to speak to AEMC. Exhibit shows talking points came from Trey Glenn, who at the time was partners with AEMC member Scott Phillips.

Brown says he didn’t know who wrote the talking points.

The biggest news today was how the public information requests to the State Attorney General from and by AL.com were incomplete and many of the emails and documents were never provided.

I’ve asked the AG’s office to explain why they couldn’t find any of these documents either of the two times I requested them under Alabama’s open records law. I’ll let you know if/when I get an answer.

In court, according to Archibald, it was shown that Gilbert, now the prolific ghost-writer extraordinaire even wrote letters for the daughter of Oliver Robinson’s Get Smart Tarrant AstroTurf group, causing observers to jest. 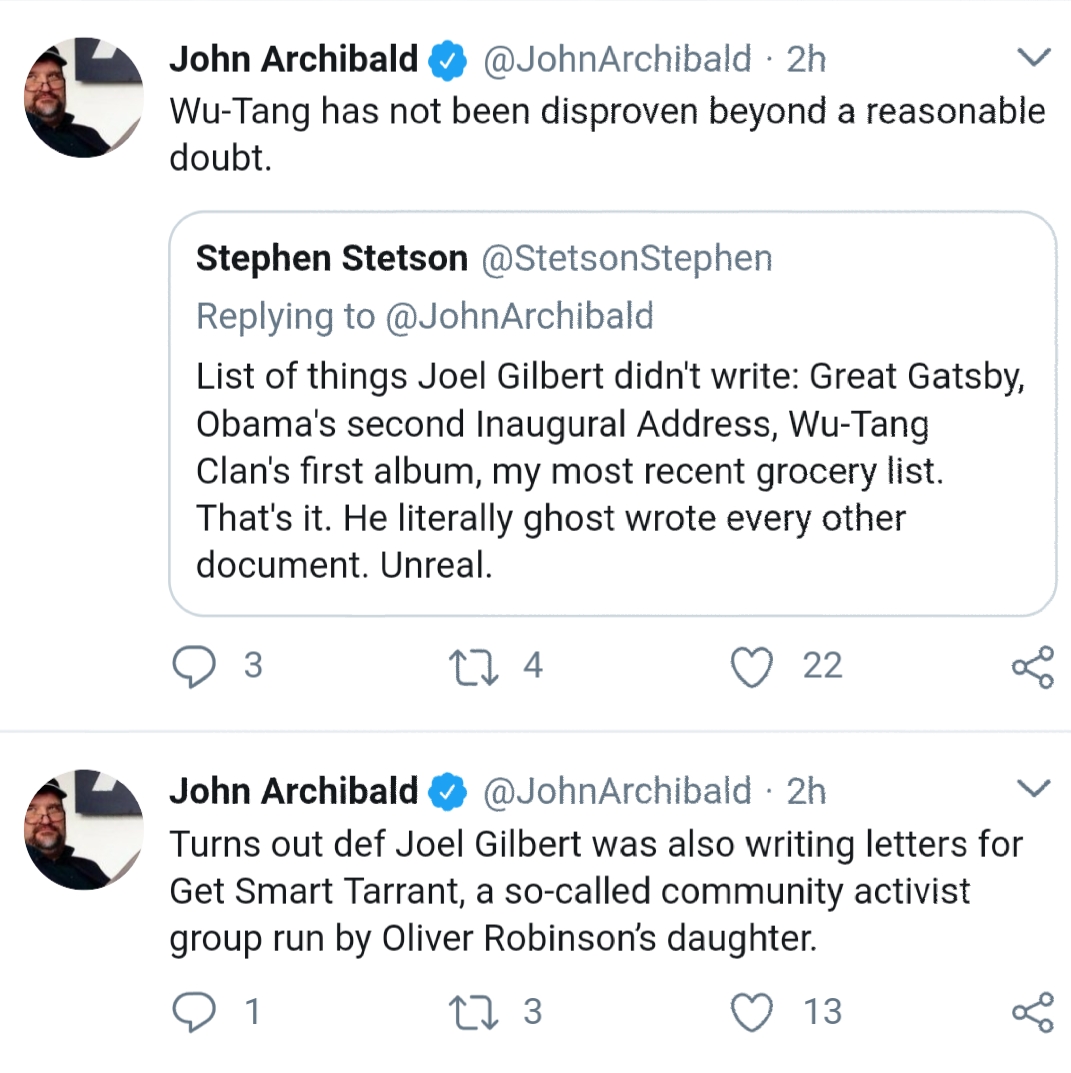