Infuriating other attorneys at the once prestigious firm, FEC filings show that Joel I. Gilbert, the indicted Balch & Bingham partner who allegedly funneled $360,000 in bribes to disgraced former  Alabama State Representative Oliver Robinson, is still on the payroll at Balch & Bingham as of December 30, 2017.

When Gilbert and Balch partner Steve McKinney were indicted in September, Balch issued a public statement saying, “…the charges allege actions that, if proven to be true, are contrary to the ethical values that guide our firm’s attorneys and staff. We take these issues very seriously.  Both Mr. Gilbert and Mr. McKinney are on an indefinite leave of absence.”

If they took these issues seriously, then Gilbert and McKinney should have been given the boot, fired on the spot in September. Are they now both on a PAID indefinite leave of absence? Why would any client of Balch want to be subsidizing these alleged bribery conspirators who allegedly suppressed African-Americans from having their toxic and contaminated property tested by the EPA?

While some observers believe that Balch could be preventing Gilbert from cooperating with federal prosecutors by keeping him on the payroll, others believe this magnifies the alleged hypocritical, unethical, and unscrupulous two-sided pattern of behavior at Balch.

Some speculate that 10 money-making partners dumped the firm in January after getting their annual bonuses because, in part, what looks like management’s dying loyalty to the indicted partners instead of the long-term reputation of the firm and other practice areas.

For the record, McKinney did not donate to the PAC and we could not confirm if he is still on the payroll or not. 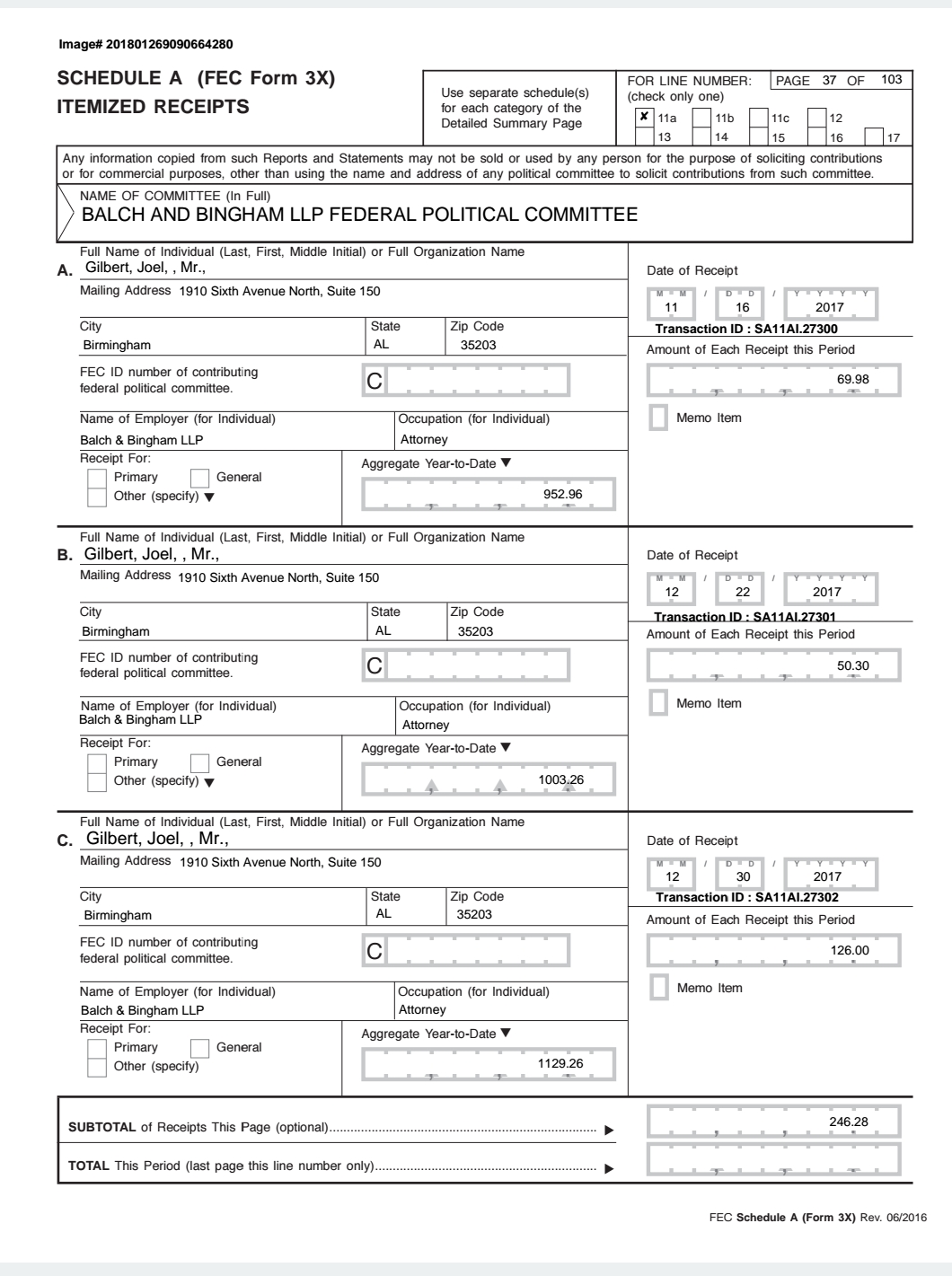