Did Crosswhite find out if his boss Tom Fanning wears boxers or tighty whities?

When the news story broke in June that Matrix agents allegedly spied on a journalist in Florida, our first reaction was, what’s the big deal? This is nothing compared to what happens in Alabama.

The presiding judge of the North Birmingham Bribery Trial appears to be another carcass in the long history of “use, abuse, and dispose of” mentality of Alabama powerbrokers.

“Sloppy Joe” Perkins created a living purgatory when he published a rambling statement on yellowhammernews.com in late June outlining a criminal enterprise involving 18 tax-exempt entities that allegedly laundered over $50 million, only to have it deleted 8 days later

Then the bombshell revelation exploded last week that Alabama Power executives were spying on Southern Company CEO and Chairman Tom Fanning and his then-girlfriend.

Alabama Power denied the allegation, but why would the esteemed attorneys for “Jittery Jeff” Pitts, Perkins’ ex-CEO and once-protégé, put that in a pleading?

Sources tell us that Pitts allegedly has irrefutable and rock solid evidence of Alabama Power Chairman and CEO Mark A. Crosswhite’s alleged involvement in the surveillance of Fanning who is to retire this year. 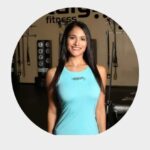 The listed “target” of the surveillance was Kimberly Tanaka, a fitness club owner and then-girlfriend of Fanning, but private investigator Derek Uman surveilled Tanaka and Fanning at her work and at his home.

Tanaka said she was in a serious and public relationship with Fanning that ended abruptly in 2017. She was unaware of the surveillance until recently.

“This was all news to me and I still don’t know why,” she told AL.com…. “It’s a little unnerving.”

She said she had no idea why anyone would think following her would put pressure on Fanning.

Uman, founder of Clear Capture Investigations of Gainesville, Fla., staked out Fanning’s Atlanta home and photographed him running on a wooded hill on a cul-de-sac leading to his secluded house. Uman followed and videoed Tanaka, gathered photos and billed then-Matrix CEO Pitts $6,881.55 for surveillance, travel, meals and more.

So if true, did Crosswhite find out if his boss Tom Fanning wears boxers or tighty whities? Did the surveillance cause the relationship in any way “to end abruptly?”

Although the media has not mentioned this, the spying on Fanning occurred in 2017,  at the time of the  anticipated and eventual indictments in the North Birmingham Bribery Trial. Was Crosswhite concerned Fanning was going to cooperate with federal authorities?

What revelations does Pitts know about the coal company?

Will Pitts’ deposition in the Matrix Meltdown bring to light secret operations, an orchestrated campaign, and the alleged set-up of “Fall Guy” and ex-Drummond executive David Roberson?

All this to consider as federal investigators quietly probe the alleged misconduct stirred by “Sloppy Joe’s” big mouth, big ego, and big mistake.