Now the national media has begun focusing on the narrative and the initial reports appear to be devastating.

Roberson sued [Balch & Bingham] and his former employer in March 2019, alleging negligence, fraud, suppression, and implied imdemnity against the firm.

Alabama’s top court…grant[ed] an application for rehearing on claims against Balch & Bingham for misrepresention and concealment based on allegations that Roberson had previously asked the firm’s in-house ethics attorneys if the plan for which he was convicted was legal.

Misrepresention and concealment are stinging words but accurate.

During Day 11 (July 11, 2018) of the criminal trial of the North Birmingham Bribery Scandal, we posted:

The real bomb that dropped today was that of Chad Pilcher,  a Balch & Bingham government affairs attorney who testified that he warned [Balch partner] Joel Gilbert about using State Representative Oliver Robinson’s position or letterhead. Pilcher regularly consults with the Alabama Ethics Commission, he testified. 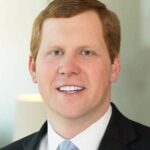 ilcher said he warned Gilbert that Robinson could not use his official position or letterhead to help. Gilbert, documents show, edited Robinson’s position into letters sent In Robinson’s name.

Pilcher is the first Balch lawyer on the stand who remembers his advice and involvement, and who recalls the Robinson contract and states his questions about pitfalls of hiring a legislator to carry your water. Was worried that Robinson himself broke the law, so he told Gilbert.

Kyle Whitmire commented that the testimony not only hurts the defendants, it “makes the defense attorneys look stupid. This whole trial, they’ve been setting up Pilcher to be the guy who gave the OK.”

John Archibald of AL.com tweets what appears to be the most damning exchanges:

Gilbert wrote letters for Shelby, Sessions, he said. For Mayor Tuck in Tarrant and resolutions for Jeffco and Tarrant. And more. Only elected official B/B had contract with was Oliver Robinson, he says.

Gilbert acknowledges he didn’t talk to his firm’s “ethics people” (Greg Butrus) until at least a year after he contracted Oliver Robinson. Didn’t tell the “ethics people” Robinson met with EPA and AEMC etc. etc.

Although Roberson’s lawsuit is under seal, locked away in a secret Star Chamber, the testimony at the criminal trial was stunning and hit hard.

Balch-made millionaire Gilbert appears to have concealed the truth from Roberson. Balch says in court pleadings that the firm “owed no duty” to Roberson and while Balch attorneys testify that misleading or lying to Roberson with wrong or untruthful advice is a bona-fide legal service.