In a detailed report this morning outlining communication exchanges with embattled law firm Balch & Bingham, Alabama Today exposed that Balch lied twice about representing Joann Bashinsky (Mrs. B), the widow of the Golden Flake Foods founder who is worth $218 million.

Alabama Today in a report titled “Balch & Bingham and the lies they’ve told” writes about the dishonesty: 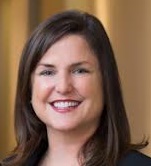 Lie two: Upon getting word that Adam’s name on documents and emails, [Alabama Today] reached out to ask why there was no record of her withdrawing from the case. That’s where the second lie comes in. {A Balch spokesperson] tells me that no written request for withdrawal is required, an answer she would have needed to get from Adams herself or another lawyer.

On June 25, 2020, a little over 2 weeks after Wall says no withdrawal is needed, what does Adams finally get around to doing? Well, ….She files for withdrawal.

Having worked closely with Greg Hawley, the appointed Conservator of Jefferson County, and Judge Alan L. King (who had appointed Hawley in 2013), Amy Adams’ conduct has come under scrutiny after Mrs. B recorded and released her conversations with Hawley and Adams to Alabama Today.

Alabama Today published the motion to withdraw which states that Hawley will continue to be represented by lawyers of Sirote & Permutt, P.C.

And why is the law firm of Sirote & Permutt, P.C. so significant, now, today, this very moment?

They are one of two law firms fighting the appointment of James P. Naftel II as Judge King’s replacement and filed suit against Alabama Governor Kay Ivey yesterday.

The lawsuit does not challenge Naftel’s qualifications but says the appointment is not valid because state law requires the governor to choose from three nominees submitted by the Jefferson County Judicial Commission.

The Governor disputes their argument.

The alleged elderly exploitation scandal has exposed the need for transparency and a criminal investigation.

Kudos to Alabama Today for exposing the alleged elderly abuse.

Now is the time for the FBI to probe all transactions, track wealth building, and conduct a forensic audit of all conservator estates and the personal finances involving Judge Alan L. King, Balch & Bingham’s Amy Davis Adams, and JeffCo Conservator Greg Hawley.