The legal community can now see in the sunshine the awful, scurrilous, low-class, below the belt tactics that a Balch partner allegedly engaged in to try to steal a competitor’s business.

Low-class or no class?

Balch & Bingham partner Clark A. Cooper, who was abruptly fired on March 3, 2017 by the embattled law firm,  appears to have been the spearhead of the conspiracy that targeted and defamed Burt Newsome, a successful attorney who serviced banks, in an alleged attempt to steal his business.

The defamation occurred after a staged arrest in which Newsome’s mugshot was allegedly distributed via email to several bank executives on a Saturday afternoon by Cooper.

According to Newsome’s appellate brief filed with the Alabama Supreme Court, Cooper looks like a habitual liar who tells half-truths and contradicts his own testimonials:

In his sworn deposition, Cooper told yet another different story. He learned of Newsome’s arrest from Kristy Hardy, a paralegal for Balch & Bingham.(Supp.2453,2454) “She sent [him] a copy of it … or maybe she printed it.” (Supp.2455)  Balch’s corporate representative testified that Cooper’s emails were all acceptable to Balch, and they did not violate any Balch policy.(Supp.3798) 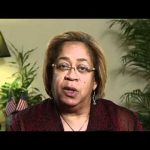 udge Carole Smitherman in August of 2017 shortly after Newsome’s legal team received phone records from AT&T showing that a single cellular phone number linked all of the co-conspirators together, even though all of them declared they did not know each other.

Newsome’s appellate brief lays out the calls from the burner cell phone to Clark A. Cooper and the other co- conspirators:

January 30, 2013: Cooper’s Solicitation. On January 30, 2013 – approximately two weeks later — Clark Cooper emailed Brian Hamilton of IberiaBank, soliciting employment in a case where Newsome was representing Iberia: “I see Bert Newsome has filed a claim for Iberia against Print One. Is there anything you recommend I do to assist me in obtaining more files from Iberia?”(C.257) Balch’s corporate representative found this solicitation acceptable: “There is nothing that offends me as a partner at Balch & Bingham about this email sent by Clark to Brian Hamilton.”(Supp.3795)

May 2, 2013: Newsome’s Arrest. On May 2, 2013, Newsome was stopped for speeding, and he was arrested on the menacing warrant. He was photographed, booked, and placed in the Shelby County jail, where he remained until his secretary arrived and posted his bond.(Supp.3203)

May 2, 2013: The Call from Seier. Shortly after Newsome was released and returned to his office, the defendant Claiborne Seier called Newsome at his office for no apparent reason.  (Supp.3195-3199)

Although there maybe “nothing that offends” Balch & Bingham’s executive leadership, the legal community can now see in the sunshine the awful, scurrilous, low-class, below the belt tactics that a Balch partner allegedly engaged in to try to steal a competitor’s business.

And yet some blind buffoons at Balch still cannot accept the fact that a federal civil RICO suit will be coming shortly after the Alabama Supreme Court makes a decision on this appeal. Time Balch finally got off the throne, their high horse and put this embarrassing case behind them.