As we reported in May, Balch attempted to deceive the public and Politico.com about their lobbying to change Russian sanctions on behalf of a Russian-linked aerospace company, AAL USA, Inc. a/k/a Black Hall Aerospace, Inc.

Our formal and detailed letter to the U.S. Senate Select Committee on Intelligence has now been directed to a lead investigator looking at the Russian interference of the 2016 election, and the allegations against Balch & Bingham and Black Hall Aerospace are being investigated at a secure site.

On the morning of June 12, 2017, we sent the committee the change of Russian sanctions that was located on the Federal Register (below). 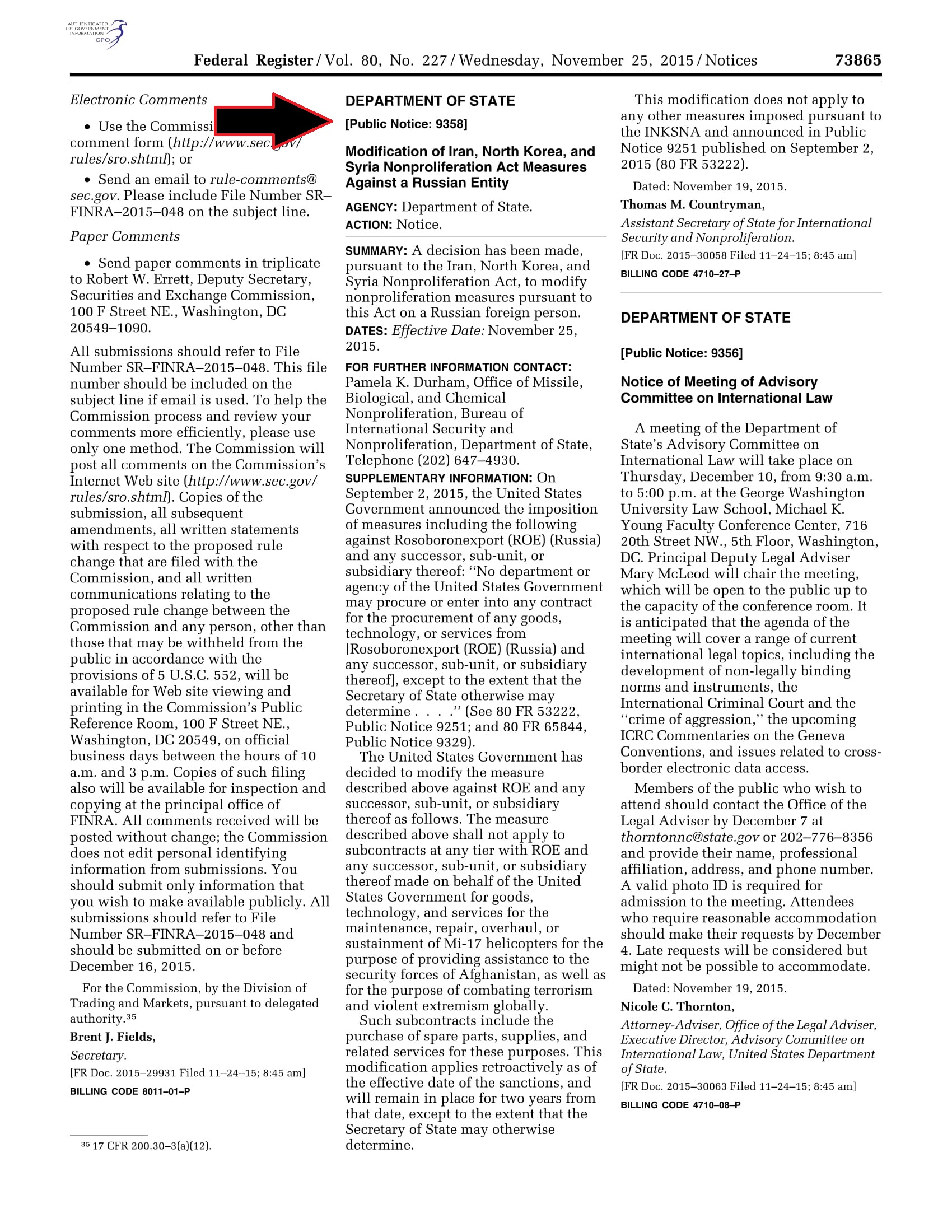